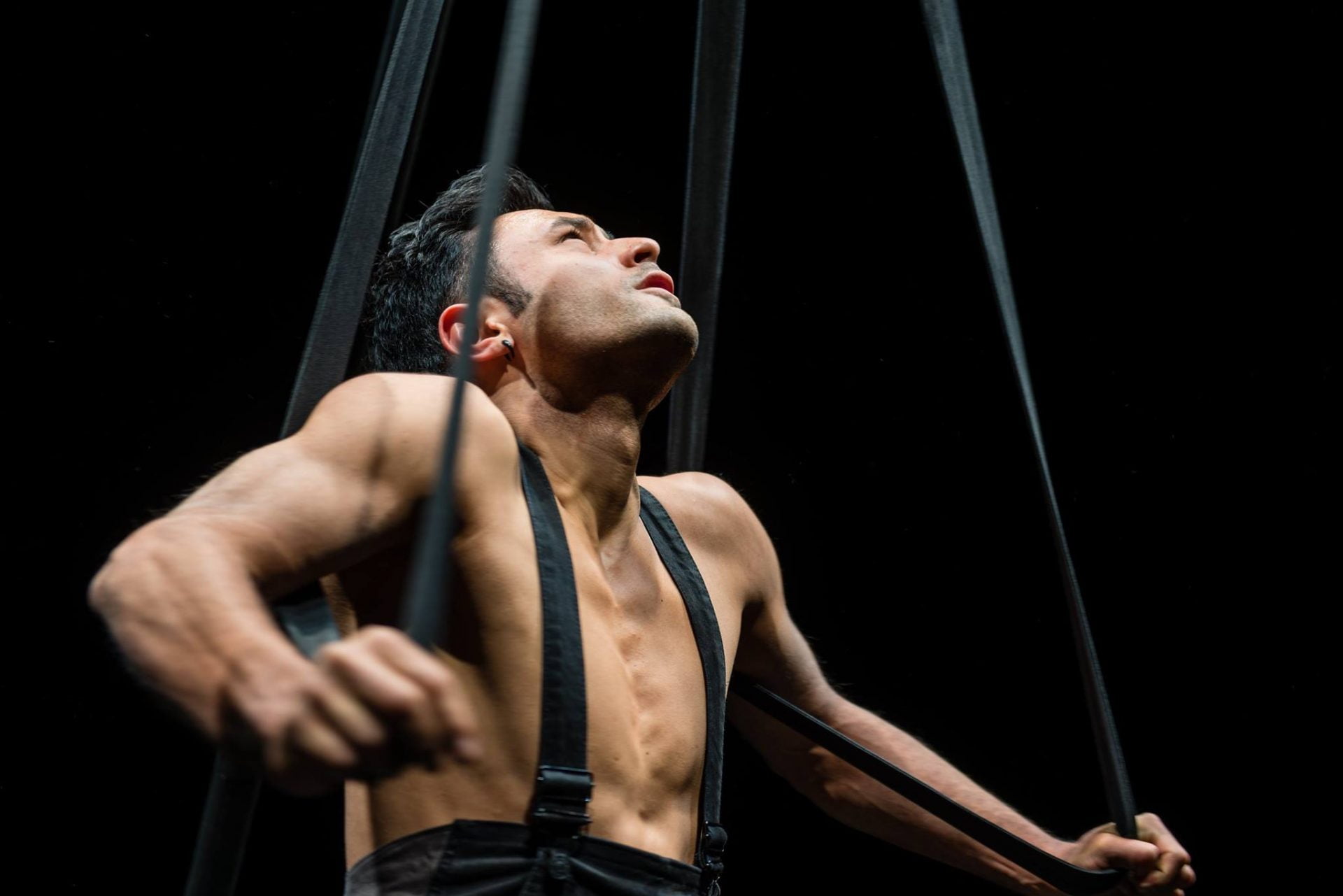 Camiel Corneille graduated from Cordarts Circus Art Rotterdam in 2015 after having previously completed the Visual Arts and Design Education at the Utrecht School of the Arts.
As a maker and performer, he is very active within the current performing arts. Next to his own projects he is active as a freelancer for other theater/circus/dance companies.

He is a performer and maker with a heart for physical communication and devotion. Balancing on the border of different disciplines, Corneille aims to find the extent of physical possibilities. His work is human and relatable, confronting us with our own capabilities. As a visual artist and circus maker he integrates theatricality and aesthetics in the world of the performing arts.

In his latest research “Lapse”, which he made in Korzo (The Hague), he investigated the theme of “time pressure” and “self-imposed expectations.” In the coming period he will delve deeper into the theme “brotherhood” and “un-sexualized intimacy”.

In addition to his own research, he is often seen on stage. Amongst others at the Belgian company Grensgeval where recently their second collaboration “MURMUR” has successfully premiered. A show in which Corneille, together with his partner “sound”, searches for the right composition.

We can also see him in the formation of a young dynamic trio, Company Satchok. Corneille and two colleagues throw and catch each other in the air, hang on to each other and climb on each other. A street circus performance in which the “Sisyphean task” is illuminated with a new and cheerful light.

“Buro Piket is coming at the right time. There are more and more young circus makers who want to expose themselves to the Dutch performing arts. Someone who takes them by the hand is worth gold.” 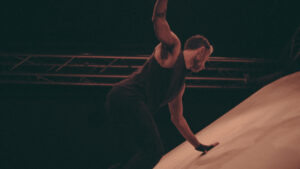 An installation performance: A man and his wall