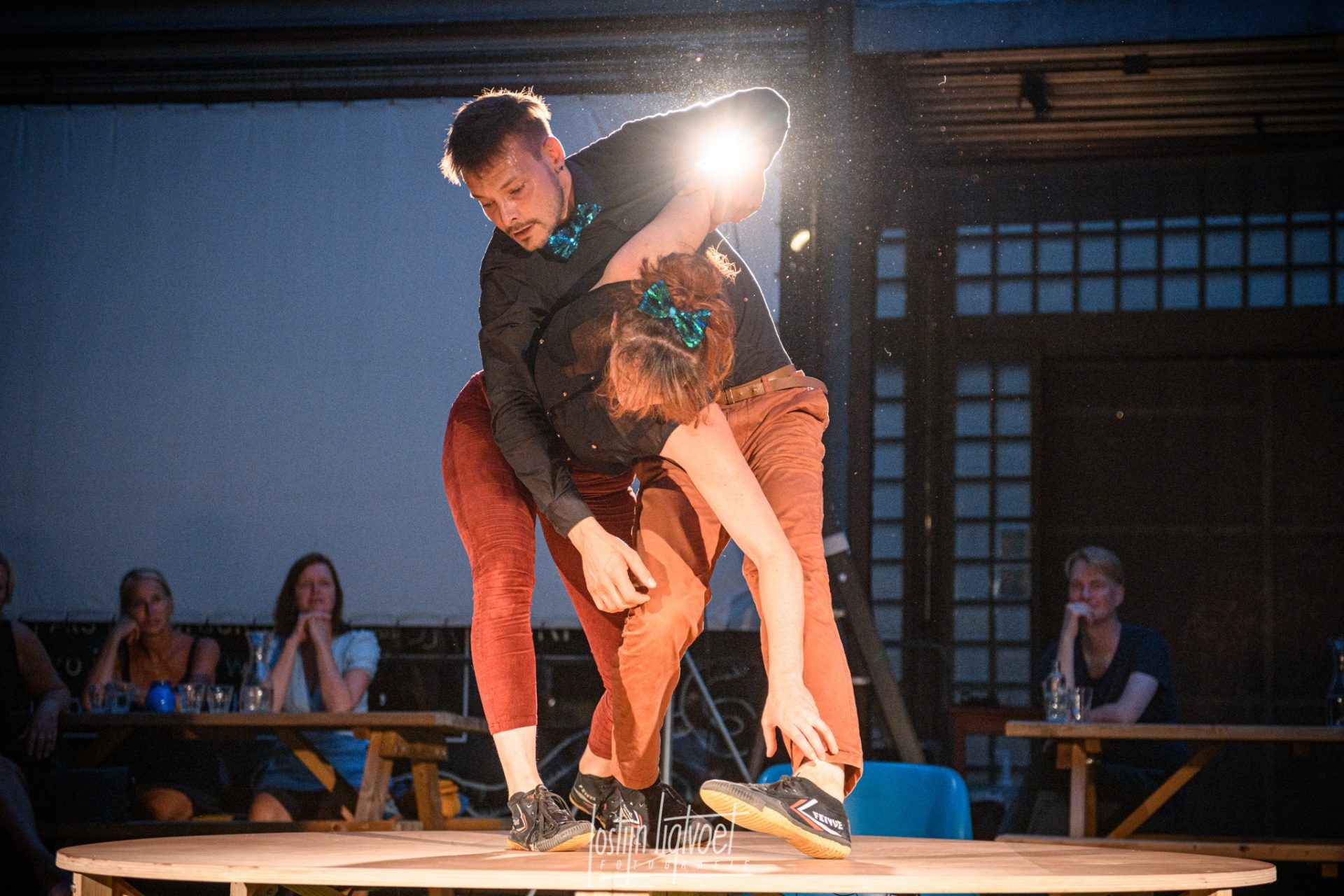 Music — or arrangement of sound — and movement are two distinct things, but intimately related.

In performing arts, and more precisely circus, at least two of our senses are being triggered.

The world stops breathing for a brief moment, which seems to touch eternity.
The audience, the musicians, everyone is hanging on
the conductor’s direction stick, here we go, the movement is starting.
It settles down, regular cadence, the heart of the piece.
Unchanged repetitions. Organized clatter beating time.

Hug is a transdisciplinary circus-music show.
You will be immersed in an intimate atmosphere where the small circular stage is also the music instrument and the two acrobats are the musicians.

Considering the fact that a pianist needs his fingers to make music, Les Payenkes Utopistes created an instrument requiring two full bodies to play on it.
In HUG, this instrument: a circulair wooden platform, stands in the center. Seated all around, the audience is being immersed in a sound and visual atmosphere specific to the company Les Payenkes Utopistes:
a subtle mix between abstract and absurd, inviting the audience to join them in a raw, sensitive and humorous world.

Music, the ideal emotion carrier, is used in symbiosis with dance and acrobatics: the music becomes visible and the movements hearable. Thanks to a sound amplification system and some effect pedals, the rough sound coming out of the podium is transformed and modulated throughout the 20 minutes of the performance.

The sound spatialization in 360 degrees contributes in creating an intimate atmosphere, allowing the two acrobats (who are also the musicians) to invite the audience to reconnect to their own body and emotions, and to unite all together for the time of this trip.

Performance ready from may 2021 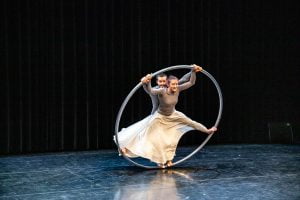 With a combination of acrobatics, dance, cyr-wheel and music they create a unique and absurd atmosphere.