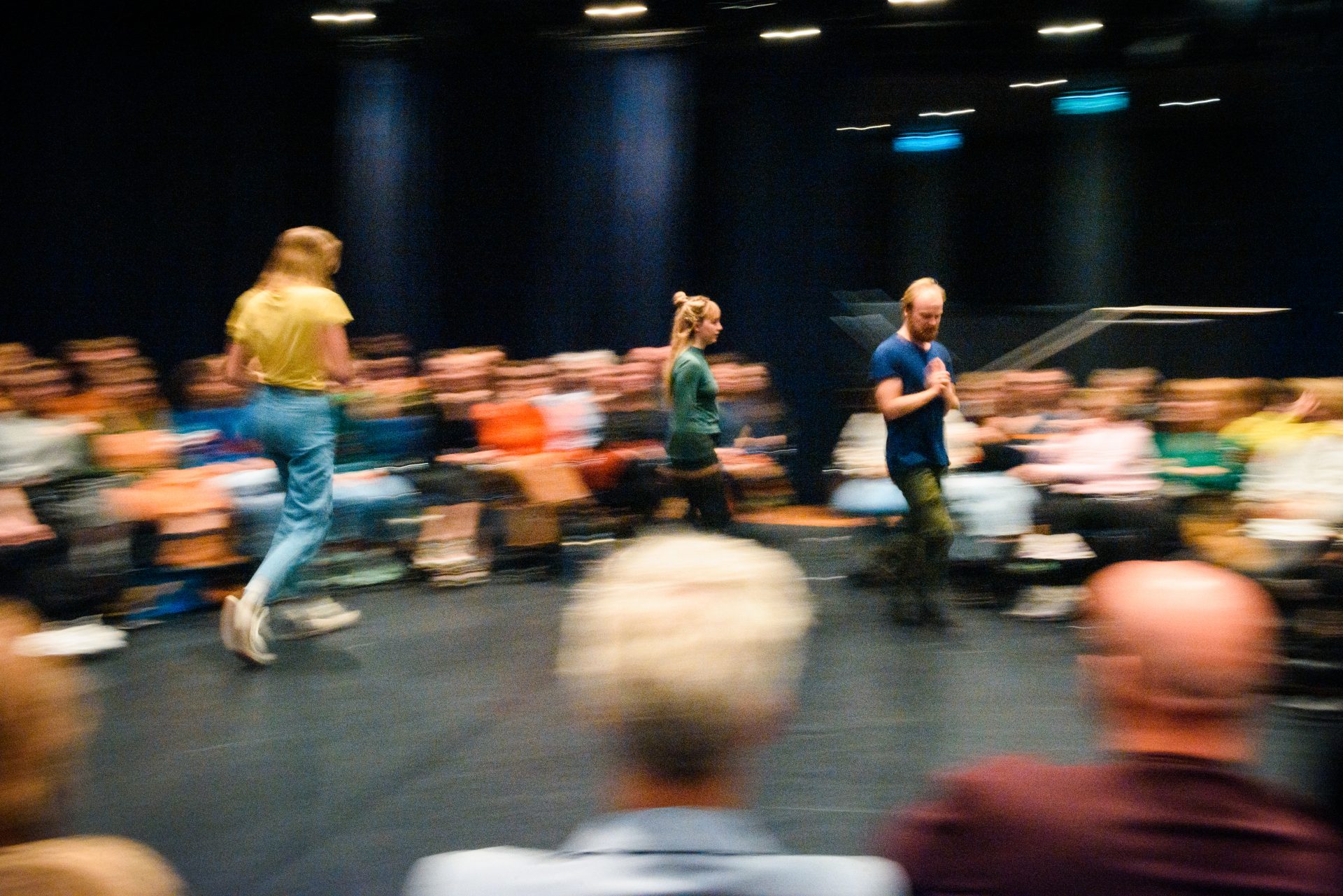 "10.000 Dingen" is a performance, but we stray. I mean I am wrong, but that is good because that is what the show is about

That is the intention, my intention, that is what I mean when I write “I mean I stray.” For clarity’s sake, it is not unintended. But what I want to say: there is nothing in particular that I want to communicate, but there is something special that you can hear if you listen carefully to nothing in particular. And I don’t say that. There are three actors, they are speaking.

10.000 Dingen is the result of research into improvisation based on the question: “how can you not imagine what you are doing in advance?”.
It is a show in which 3 people talk for an hour without stopping, which is sometimes annoying and sometimes very exciting, sometimes boring and sometimes hilarious. In this way the performance shows that experience is an interaction between the audience and the players.
The endless flow of words invalidates itself by its enormous amount, the more they talk the less they say.