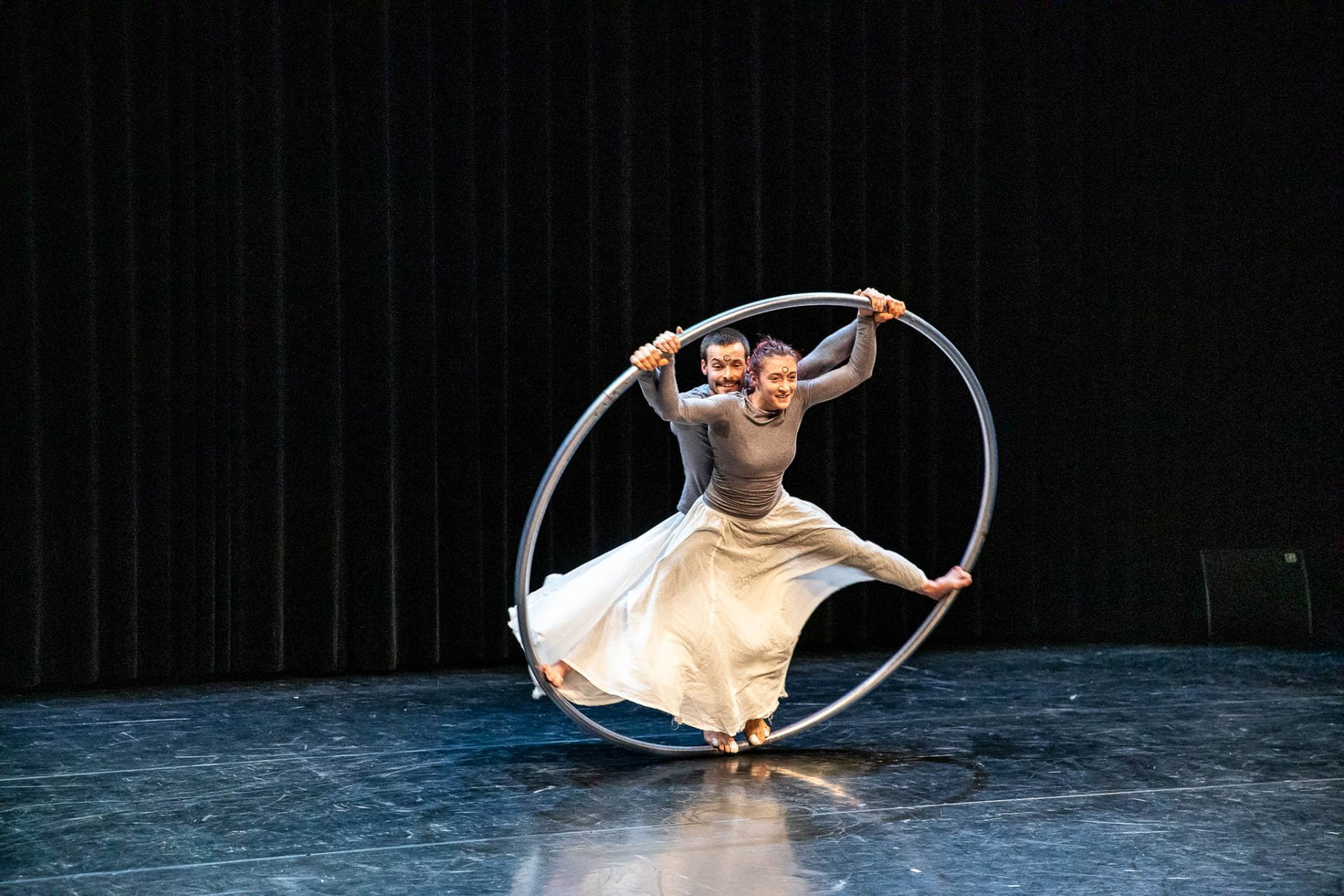 With a combination of acrobatics, dance, cyr-wheel and music they create a unique and absurd atmosphere.

is an association that likes to blend acrobatics, dance, cyr-wheel and music to create their unique and absurd atmosphere.

Les Payenkes Utopistes is a Swiss association founded by two circus artists, Saphia Loizeau and Samuel Rhyner. They blend acrobatics, dance and cyr-wheel in their work to focus mainly on « pure » movement, the human body, the complicity, the communication and the trust in each other.

Named after a tropical bird, Les Payenkes Utopistes is a Swiss association founded in 2019 by Saphia Loizeau and Samuel Rhyner. They want to promote the performing arts in all its forms, as well as the creation and the touring of shows internationally.

Both having studied in the same school, they quickly realized that they had a connexion and started to work together. They base their research on concepts they invent, movement and the trust they have in each other.
Even though they are both circus artists, they get a lot of their inspiration from the dance world for their choreographies and aesthetics.
They also have a passion for music, therefore they compose most of the soundtracks for the shows they create in order to have the exact atmosphere they imagined along with facilitating and supporting the understanding of it. 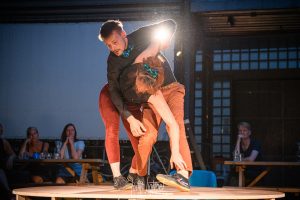 Music — or arrangement of sound — and movement are two distinct things, but intimately related.